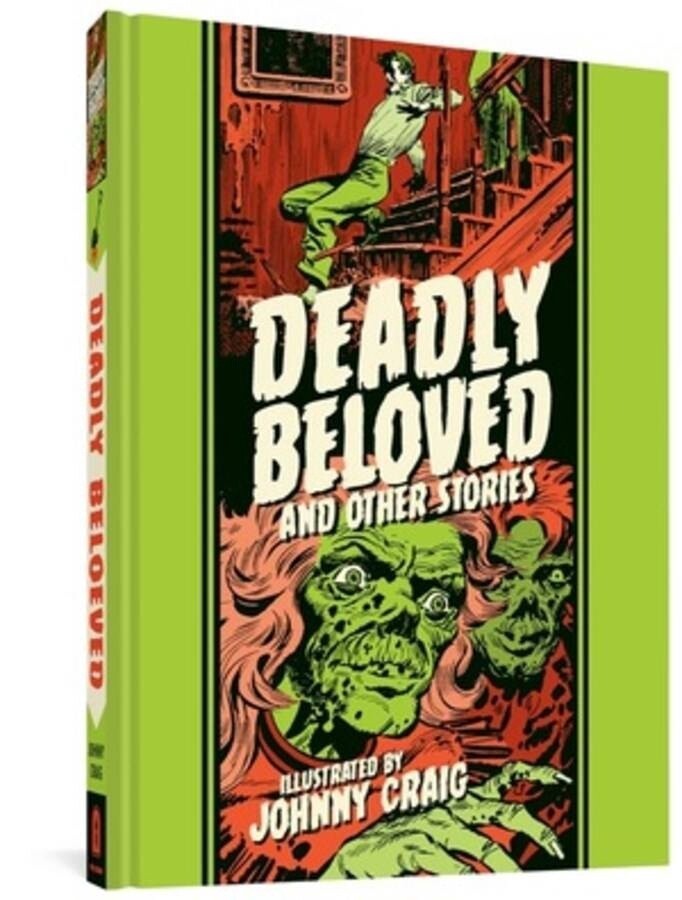 Deadly Beloved and Other Stories

9781683965763
$35.00
Out of stock
1
Product Details
Brand: FANTAGRAPHICS
FANTAGRAPHICS BOOKS
(W) Johnny Craig, Al Feldstein
Johnny Craig's crisp, elegant, contemporary graphic style set a mood and a surprisingly sophisticated approach to these thirty-one EC crime and horror comics stories, which include his top murder mystery and his best terror tale. This volume of Craig's crime and horror work collects comics stories he wrote and drew for Vault of Horror, Shock SuspenStories, and Crime SuspenStories, as well as the complete collection of all his "Dateline" stories from Extra!. In our title story, a reporter stranded in a Louisiana bayou seeks shelter in a seemingly abandoned mansion, only to discover and fall in love with a beautiful woman living there. He wants to
be with her, and she wants to be with him; there's only one way that can happen. Also: Craig's murder masterpiece, "Understudies," in which two lovers conspire to remove their respective spouses, in a twisted twist recalling The Postman Always Rings Twice and Double Indemnity; and his signature horror story "...All Through the House" (twice adapted to film - for 1972's Tales From the Crypt movie and HBO's 1989 Tales From the Crypt pilot episode). Plus, the debut of EC's enigmatic horror hostess, Drusilla, and a look at the work of EC artists Harry Harrison, Howard Larsen, Sheldon Moldoff (Moon Girl) as well. Thirty-one stories in all, with essays and commentary by EC experts. Introduction by Grand Master crime novelist Max Allan Collins.
Save this product for later
Display prices in: USD